La Pousse d’Or has an interesting story of reconstructing an identity. “La Pousse d’Or was one of the great estates of Burgundy and part of the same domaine as Romanée-Conti,” explained Hospitality Manager Marleen Nicot on my arrival, as we stepped into the cellar. I was expecting her to continue with a marketing talk about its legacy, but instead she was rather frank about overcoming challenges in recent years.

The property had fallen into disrepair and was splintered through being passed down through generations of families. It was only in 1964 that it began to have energy poured back into it by Gérard Potel, a highly regarded French vigneron. But when Gérard suddenly passed away, a new buyer sent a shockwave through the local community.

“When the current owner Patrick Landanger bought the property in 1997, the local community lost faith,” she continued. Patrick was a successful businessman and engineer in healthcare — not the traditional trade for a vigneron, especially in Burgundy. With this radical new owner, Marleen explained that they practically lost all of their buyers overnight. Faced with the cold feet and stiff upper lip of the local wine community, Patrick decided to go back to the drawing board. Which, in his mind, meant going back to school.

After studying to become a winemaker himself, Patrick made his own first vintage as winemaker in 1999. As fortune would have it, 1999 was a stellar vintage in Burgundy. But Patrick was not winging it by himself either. As part of his own learning curve, he brought in advisors from all over the world to consult him in the cellar each vintage. And learning from that expertise, Patrick was able to hone his vision for the domaine and La Pousse d’Or started to rebuild its reputation.

Today the winery in Volnay is a new success story, which has rebuilt a solid reputation and is now working with a growing number of crus. Not only has Patrick focused on moving to organic and biodynamic viticulture, but there’s certainly innovation in the cellar too.

You can tell walking through the cellar that Patrick is an engineer as there are several smart hacks dotted around the old stone chambers. The most notable of which is the automatic topping-up system that Patrick fashioned. There are a sea of small glass beakers sitting on top of each barrel in the cellar. The glass beaker is attached to the barrel bung, constantly keeping the barrel fully topped up while allowing the CO2 to escape. It’s a smart way to reduce the risk of oxidation and labour too. His system only needs to be topped up every five or six weeks.

Patrick’s son Benoit is now actively involved in the winemaking too, and it was due to Benoit’s explorations that you’ll see a couple amphorae in the cellar too (with their own bung beakers too). “Benoit is also very innovative, and really wanted to try making Pinot Noir wines without oak,” Marleen explained. “The move is also because we know that people like to drink their Burgundy a lot younger today, so less new oak is more approachable at a younger age.” Although by no means replacing the oak barrels, the amphorae-aged wines are beginning to find their way into some of their top cuvées.

And top cuvées La Pousse d’Or has by the bucketload. With five grand crus, 11 premier crus and three monopoles, there’s a lot to taste through in the portfolio of La Pousse d’Or. Sadly, or fortunately, it is all sold far in advance on allocation. However, the domaine has been holding back some library vintages which it regularly releases to restaurants in the region to give visitors a chance to taste these wines at their prime — with some age, and without the eye-watering collectors prices.

It’s clear the Landanger family have invested significantly in resurrecting and building on La Pousse d’Or’s historical reputation. Not only have the investments been financial, but intellectual too. And on a taste of some of their vintages en primeur, it’s clear that La Pousse d’Or will continue to build its new legacy into the future.

The post Rebuilding La Pousse d’Or in Volnay appeared first on Around the World in 80 Harvests. 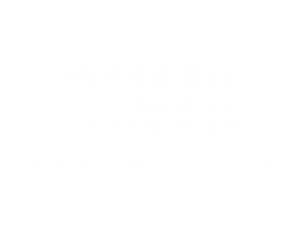